The team has been announced as Larisa Iordache, Diana Bulimar, Andreea Munteanu (not that one) Stefania Stanila, Silvia Zarzu. I’ll be honest, I’ve barely even heard of the last two. It would appear that they won’t have anyone carrying on the Izbasa/Ponor ‘world is my gynaecologist’ leotard tradition either, which is a damn shame.

What I do know is that they’ll have the usual kickarse beam lineup. Iordache is, of course, a world beater as and when she can get her shit together. The number of major medals she has now thrown away thanks to falling on what should be her best event now stands at three. But we think she’ll hit, particularly if she doesn’t bother with the pikey layout full she chucked in Glasgow last December(she watered down in Doha). The problem with that routine is not a lack of difficulty.

Bronwyn’s favourite Diana Bulimar isn’t quite in the same league, but is always good for mid to high 14s, and Andreea Munteanu scored 14.833 recently in Jesolo.

An average of 15 for this event is not beyond the realms of possibility. Elsewhere, they should manage 3 DTYs on vault, which is as much as any other medal contender will. They probably won’t be of Kyla Ross quality, but then neither will anyone else’s. Bars will be the usual shitshow.

We eagerly anticipate floor, as the Romanians showed the best choreography of any team at worlds, by a long way. Iordache and the allegedly retired Izbasa put on something of a masterclass. They were vair enjoyable in London too. It’s too much to expect that they’ll top that, but they’re likely to be more watchable than most. Their D scores are quite competitive: 5.8 for Iordache, 5.7 for Bulimar and Munteanu. Not bad. Italy are quite serviceable on floor at the moment, Russia are anyone’s guess, but this is Romania’s best chance to put clear blue water between themselves and GB.

So although this team isn’t exactly stuffed to the gills with superstars, we know enough about them to be able to identify that this is a team in the typical Romanian mode: fine on vault, heinous bars, world beating beam and competitive floor. Business as usual. In recent years, that has meant crapping out in the middle of the quad and pulling their shit together in time for the Olympics, but at this point we would say they’re probably the favourites.

It may or may not be significant that this is Machiavelli Belu’s first midquad in 12 years. 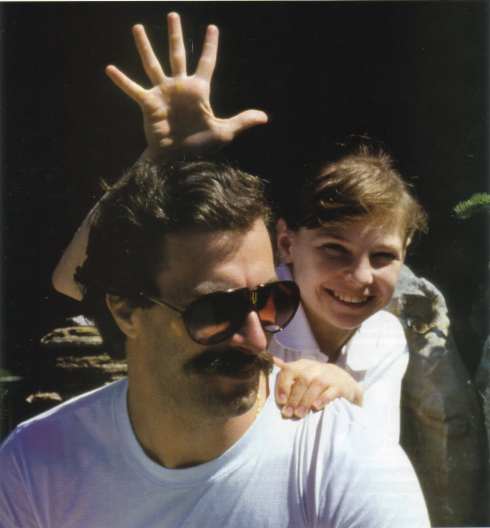 Let’s leave the last word to Daniela Silivas, who reckons this is how many points they’ll win by. Any excuse to dig out this stunning piece of photography from the archives.